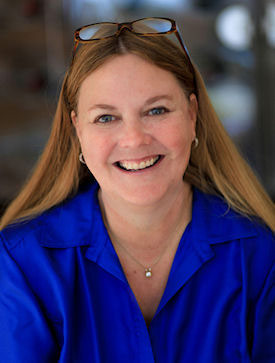 Dee Davis has a BA in Political Science and History, and a Masters Degree in Public Administration. During a ten-year career in public relations, she spent three years on the public speaking circuit, edited two newsletters, wrote three award winning public service announcements, did television and radio commercials, starred in the Seven Year Itch, taught college classes, lobbied both the Texas State Legislature and the US Congress, and served as the director of two associations.

Her highly acclaimed first novel, Everything In Its Time, was published in July 2000. Since then, among others, she’s won the Booksellers Best, Golden Leaf, Texas Gold, RT Reviewer’s Choice and Prism awards, and been nominated for the National Readers Choice Award, the Holt and two additional RT Reviewer's Choice Awards.

She was honored with a Lifetime Achievement Award from the New York Romance Writers and has also been nominated for a Lifetime Achievement Award for Romantic Suspense from Romantic Times. In addition, she is a Hall of Fame member of the New Jersey Romance Writers, a past President of RWA, the recipient of the RWA Emma Merritt Service Award and was awarded an Odyssey Medal from Hendrix College.

To date, she has written over 30 novels and novellas including romantic suspense, time travel, and women’s fiction. Among her latest books you’ll find Winter’s Kiss and Fade to Gray.

She’s lived in Austria and traveled in Europe extensively. She currently resides in Connecticut with her wonderful husband and cardingan welsh corgi Gus.

If you could pick any career besides writing, what would you be?

I'd love to be a rock singer, but I think that ship has sailed. I'd also love to be an actress, or maybe own a winery. And I've always wanted to work in the White House. Or maybe write for All My Children if only they hadn’t gone off the air.

So what's your favorite place in Manhattan?

You know, that's an impossible question. There are so many. But coming immediately to mind. Bemelman's Bar in the Carlyle Hotel. The walls are decorated with original drawings from the author of the Madeline books. The cocktails are wicked. And there's this fabulous feel of Manhattan at its glamorous best.

Do you have pets? 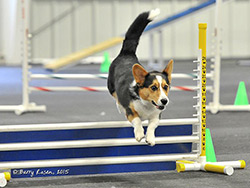 I do. I have a cardigan welsh corgi named Fabius Augustus (Gus). He is ten now, but like his aging owners is looking forward to new adventures in retirement.

What are your hobbies?

I love to traveling, trying out new restaurants, cooking, hanging out with my family and friends, exploring New England, watching television and of course reading!

Are you a full-time writer?

Yes. In fact, sometimes I work too many hours – at least according to my family.

Have you always wanted to be a writer?

No. Although I always loved writing, I didn’t really think about it as a full time career until I had a sort of mid-life crisis just before I turned 40 and realized that if I wanted to do it – it needed to be now. 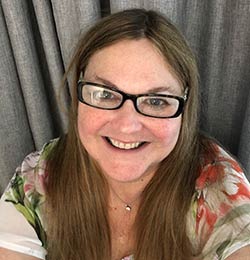 What does the family feel about your writing?

They are all amazingly supportive. My husband, brother, mom and dad (until he passed away) always read my books. And my adult child particularly loves A Match Made on Madison. They all turn books around in their respective bookstores, and my husband has been known to accost readers in stores to tell them about my latest. I am truly blessed.

Why did you pick romance?

I’ve always been a romantic at heart. I love a happy ending. Cried when I didn’t get to see Cinderella’s wedding. Wanted more from Meg and Calvin in A Wrinkle in Time, and always loved a good romantic hero – like the one in Nine Coaches Waiting. And as a suspense writer, I love the idea of integrating the suspense plotline with the romance.

So where do your ideas come from?

Ideas come from everywhere and then morph into their own story. As an example when I lived in Europe my daughter was a baby and I had this insane fear of falling off of a train. From that came the character of Chloe in Just Breathe and her infamous fall off the train onto a dead man.

Do you write from outline or do you just sit down and write?

BIC – Butt in chair. Seriously, perseverance is the name of the game. I usually have a synopsis of some sort for each book, although I really don’t follow it to the letter. I guess my writing is more like a road map. I know where I’m starting and where I’m going to end up, but the journey in between evolves as I go along. As to word perfect… not a chance! Thank goodness for editing! 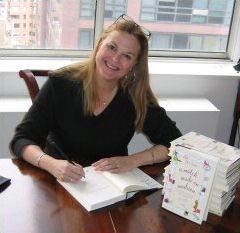 Do characters from other stories ever bother you while you’ve got a totally different story in progress? How do you tell them to wait their turn?

Absolutely. Every character fully believes that the story is about him or her. So that means sometimes you have to issue a gag order to keep them from taking over. Literally. Sometimes I buy them off with the promise of their own book . (That’s exactly what happened with Nigel in the Last Chance Series.)

What part of the story is the hardest to write? An action scene? A love scene?

For me it’s always the middle. For some reason that’s the point where I usually just want to blow everyone up and be done with it. As to action vs. love scene, I have to admit I adore action scenes which shows up in my own preferences for reading material, movies and television shows. The Terminator being a prime example of one of my personal favorites. (Ah, but it’s a great love story, too!)

Was it easy to publish that first story?

Actually I had a Cinderella beginning. I wrote my first book Everything In Its Time in 1998. Got an agent six months after finishing and sold the book seven months after that. EIT was published in June 2000. So much about this business has to do with having the right book at the right time. But the truth is that perseverance is the name of the game both before being published and after. It takes determination and patience to make it in this business.

Any recommendations on how an author should pick a publisher?

Choose a publisher that is printing novels like the one you have written, and/or one that is accepting new authors. And one who you think will be committed to building you as an author. There are many reference books out there that can help you get a start when it comes to understanding the market, the rules of submission and other steps on the road to publication.

Should a new writer get an agent before submitting to editors?

With the advent of media alternatives like the Internet, tablets, and smart phones the, market for books is tightening. And with the conglomeration of many publishing houses the number of options for publication are also shrinking. All that means that it’s harder than ever to get published in NY, and in my opinion, having an agent as part of your team is a proven way to more easily navigate what has become a very difficult road to publication.

That said, with all the new routes available to writers through indie-publishing, it is in some ways easier to get a book out there than ever before. But in order to sell successfully, you still have to make sure you’re putting out a quality product, which means hiring an editor, copy editor and securing great cover art. For indie publishing though you don’t, in my opinion, need an agent.

What advice would you give to aspiring writers?

Write something every day. Remember that getting published takes commitment and hard work. Treat writing as a career. Listen to your heart. Learn everything you can about the business. Join a writers’ association. Believe in yourself. Be open to criticism. Write what you love. Remember that dreams can come true.

What's one of your favorite fan stories?

I think it would have to be the woman who passed the time sitting by her sister’s bedside in hospital, reading one of my books to escape her own worries. Quite honestly there is no greater compliment to a story teller. There was also the lady who said that she read my book in one night, but couldn’t pass it on to her friends because it was too titillating. Loved that one!

Describe your first ever date. What stands out about it in your memory? Or what would you rather forget? 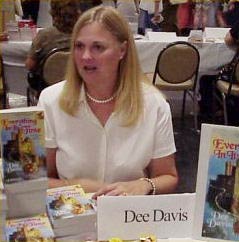 Not sure if it qualifies as a date exactly. But it was my first kiss, and a date of sorts. I was in the eighth grade, and my boyfriend was the quarterback of our football team. My father didn’t allow me to go on official dates, but this particular evening a friend was having a party, and my boyfriend was allowed to walk me there. It was a cold November night and although another guy was walking with us, it was still very romantic, and once we got to the party definitely had a datelike feel. What I remember most was the “make-out” room. A place where couples could kiss in the dark. As a parent I shudder, as an adolescent it was wonderful! My first kiss was remarkable, and I remember it to this day. Carol King’s I Feel the Earth Move was playing on the stereo and it was a magical moment. I thought I was in heaven. Later, he walked me home again, and I honestly believe the stars were twinkling just for me. It was a wonderful night, particularly poignant because we moved just a few weeks later, and I had to leave him behind forever. But I’ll never forget that night, or him.

A beautiful box is lying on the side of the road. What’s inside?

A rose. Long ago a princess and a gardener fell in love. But the princess’s mother hated the boy and arranged for him to be killed. To do the deed, the evil queen poisoned a rose, knowing that the young man would pierce his finger tending the roses and die. But a maid of the queen was loyal to the princess and when she told the girl, the princess rushed to save her love, and in doing so, pierced her own finger, and died. The boy grew into a man, and became a recluse, ever mourning his love, growing roses in her honor. Finally, as he lay dying, a fairy took pity upon his plight, enchanting a rose, so that whomsoever may find it, shall be blessed with everlasting love. This new love embodying the love lost so long ago.