Original prologue for Dark of the Night

This is original prologue actually appeared in the teaser for Dark of the Night featured in the back of Just Breathe. However, as the editing process proceeded the focus of the book shifted slightly and the current prologue was substituted for this one. But the back story itself didn’t change. And so at least in my mind, this scene still happened. 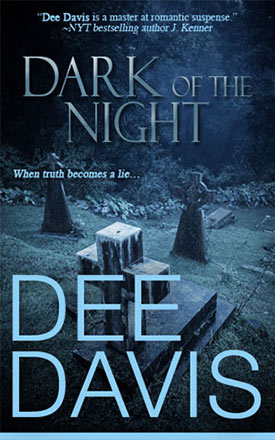 The heat seemed to shimmer in the air, a faint swath of light that only made Riley more drowsy than she already was. Bees droned in the nearby roses, the cicadas in the trees providing perfect percussion. Far off in the distance she could hear the steady hum of the lawnmower, and if she listened really closely, she could even hear the old bull frog down by the river. Glump, glump. Glump, glump.

She sighed with satisfaction, curling her toes into the soft grass. It was a perfect spring afternoon.

“And when he saw her looking so lovely in her sleep, he could not turn away his eyes…”

Riley blinked and focused on her sister’s voice, nature’s symphony vanishing in favor of tall castle spires and beautiful princesses.

“And presently he stooped and kissed her, and she awaked.”

Caroline looked sort of like a princess. Her skin bronzed from the sun, her hair glinting silver in the dappled sunlight. She was leaning back against an oak tree, holding the book in one hand and a glass of lemonade in the other. Riley let her sister’s words circle around her, weaving their magic spell.

“…the wedding of the Prince and Rosamund was held with all splendor, and they lived happily together until their lives’ end.”

Riley closed her eyes, letting the sounds of spring surround her again. “Do you really think there’s such a thing as happily ever after?” she mused, half to her sister, half to herself.

“Absolutely.” Caroline’s answer was so firm, so certain, that Riley sat up, blinking her eyes at the bright sunshine.

“For everyone?” Riley chewed the side of her lip. It wasn’t hard to imagine Caroline with an ever after. Her sister was perfect. Beautiful, elegant and kind. Full of light and laughter. A storybook princess.

“Yes. I believe that in the end, there’s always a happily ever after.”

Riley pulled at a clump of clover. “Even for me?” She looked down at her dirty feet and torn shorts.

“Especially for you, squirt.” Caroline smiled, the warmth there making Riley believe anything was possible.

“Well that’s a relief. Adelaide says I’ll never amount to much of anything if I don’t learn to act like a lady. And mother says I’m hopeless.”

Caroline was quiet a moment, the ice in her glass tinkling as she took a sip. “Riley, you’re only a little girl.”

“I’m almost eight.” She stated the fact with all the gusto she could muster. After all, she was a first grader now.

“That’s still a child, squirt.” Caroline’s smile took away any sting from the remark.

“Well, eighteen isn’t old either,” Riley said with a superior tone, although she had to admit it sometimes seemed that way.

“And happily ever afters?” Riley wrapped her arms around her knees.

“Caroline has a boyfriend.” Riley chanted, a grin breaking across her face.

“Well, if I did, I wouldn’t tell you.” Again with the secret smile.

Riley frowned, her thoughts still centered on prince charmings and happy endings. Her eyes dropped to her Band-aid covered knees. “I want one, too.”

“Want one what?” Caroline pulled out of her thoughts.

“A beau.” That’s the word Adelaide used for boyfriend -- beau. Riley savored the old-fashioned sound of it.

“I promise.” Caroline reached out and ruffled Riley’s hair. “Your day will come.”

“And my prince,” Riley prompted.

“Will love you for ever and ever,” Caroline finished.

Riley sighed, satisfied, and lay back in the sweet-smelling grass. “Read another story, please.”

She heard her sister’s tolerant laughter, and then the rustling of pages. “It was the middle of winter, and the snowflakes were falling like feathers from the sky…”

Riley smiled. Life was perfect just as it was. She had her mother and father, and Caroline and Adelaide. Nothing in the world could be better than that. Maybe she had all the happily ever after she needed right here at Rivercrest.

Nine hours later, Caroline was dead, and Riley learned there was no such thing as happily ever after. No such thing at all…

Excerpt from DARK OF THE NIGHT by Dee Davis, Copyright ©2002 by Dee Davis. All rights reserved. Reprint only with permission from author. Please contact dee@deedavis.com.